With some time post the Christmas celebrations, as promised I write a short report on the recent Micah68 trip to Egypt, taken with Laura Smyth. In many ways I am still recovering from this trip, now 10 days since we returned. It certainly was stretching on the emotions!

at to return to Alexandria, and to Fairhaven, where I last visited in February ’12 to present the 2011 monies which Micah68 Supporters had raised for the Greenhouse project. In 2012 the target was £1,000 for the Gym project. It was good to be able to hand over the achieved target, and hear about the Gym re-opening day which had

been a great success, with the new Micah68 gym equipment in use. Even better was to be able to report that through the gift of Laura and Alastair’s wedding day, we had been able to actually achieve £3,000 as a gift, which Mrs Linda (Headteacher) was very excited about! The extra money is to be put against a new building – a sales outlet for the items that the young people make in the vocational centre. Whilst we were there, bricks arrived, and the building recommenced.

Whilst in Alexandria, we also spent sometime with our friend Sherin, who makes great handmade jewellery (lots of which I now have for sale!). It is good to be able to support her and her lovely family, who invited us to their house for a meal. We responded by taking her out for coffee and tuna pasta on the promenade!

Time was too short in Alexandria, but we had to return to Cairo to meet up with friends at the Cathedral, to share in Helbees birthday (now a ritual of mine), and to visit the 2nd project – the Kanater Prison. This was an important, but sobering day visit. In the morning a minibus met us, 2 pastors and a few other guests at the Cathedral, and we then headed off to the prison – approx 1 hour away. On the way we dropped into a small supermarket to

buy food for the prisoners, and loaded up some bags of rice, oil, salt, cheese. Prisoners have to supplement the poor prison food with their own food, which they can buy at the ‘tuck shop’. This is expensive, but also impossible if you have no family in the country, and are a refugee or prisoner from outside Egypt. Through the various checks, we eventaully met 4 prisoners for an hour in an open room – a Nigerian, Sudanese and 2 Russians. It was challenging to hear their stories, and of the living conditions in the prison (16-17 men to a room, no real bedding, no privacy). But also inspiring to hear the testimony of one prisoner who had been in the prison for 14 years for drug smuggling, but 10 years ago had come to Christ. He does not believe that he will ever leave the prison, but talked about the freedom he had found. Stepping back outside the prison to my ‘freedom’ felt strange, but I am so glad to have adopted this project, and for Micah68 Supporters to have raised £1,000 towards this work.

The prison visit really moved me, as the trip to the Fairhaven school had affected Laura especially. But I guess what really felt exhausting, and so became I believe the core reason for me being in Egypt this December, was the political backdrop and the growing violence in the country. Everyone we spoke to was concerned for their country, and Christians especially concerned about the hold that militant Islam was beginning to exercise through the influence of The Brotherhood and President Morsi. Since I have returned the 2 days of voting on the Constitution have seen a ‘Yes’ vote for some radical changes to life in Egypt. The future looks more unstable than ever, and many are talking about a deeply divided country and a future civil war. Day after day this was being discussed, and was constantly on the news. During our time there 7 people died in Tahrir Square, and 150 injured on one of the nights of violence between pro and anti Morsi supporters. It was awful to think this was happening less than 2 miles away. Even though I have travelled the Middle East for 15 years, and seen much of the Israel / Palestine tragedy first hand, I don’t think I have ever felt so concerned for a country, a people and my friends there. It certainly led me to prayer whilst with those Egyptian friends.

Of course these are only the headlines. Much else happened on a daily basis, and I had the privilege of many conversations and opportunities for witness and prayer. I now begin the process of planning my next trip to Jordan in March, and of course updating the website with the 2013 project targets. Much to do, and the work is so important. As al 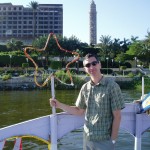 ways thanks for your support, thoughts, prayers and gifts. Please consider ways of further giving if you are able – see my last message about the drive for more standing orders in 2013. This would really help release the Micah68 work.

God Bless, and thanks for reading! Ian 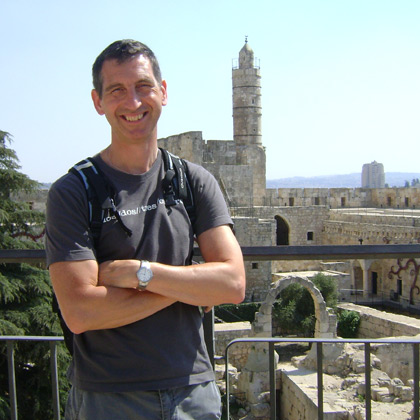 Micah68 is the personal Christian ministry of Ian White. I have over 15 years of mission experience in the Middle East, and have travelled to the region over 50 times, taking volunteer teams to Israel, Palestine, Jordan and Egypt on 25 occasions. I am especially experienced in offering short term mission opportunities, and believe that extending real friendship and practical active support offers the best context to allow the good news of Jesus to be expressed. I have a concern for the poor and disadvantaged, hate to see injustice, and believe that Christians need to speak up and speak out when they encounter it – as well as do something practical to respond to the issues.